← back to
Denovali
Get fresh music recommendations delivered to your inbox every Friday.
We've updated our Terms of Use. You can review the changes here. 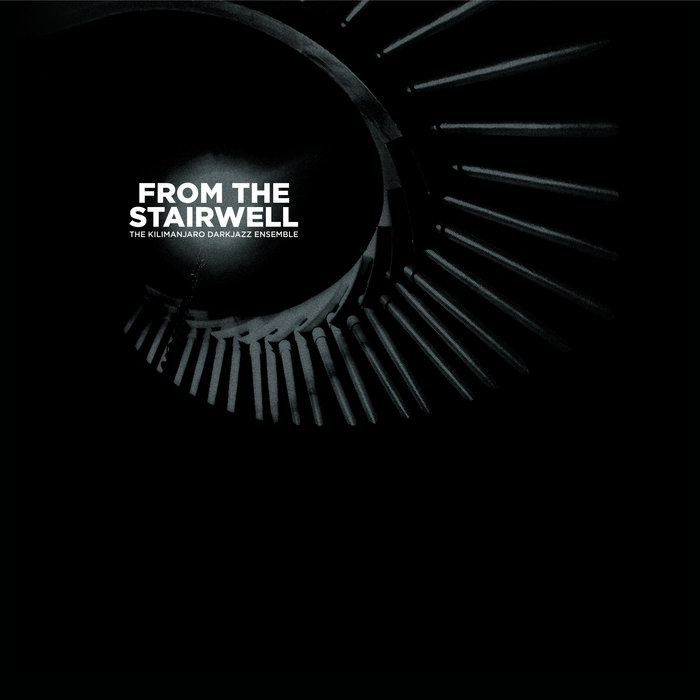 Alex Jesus This album brings me in a headspace that no other album has ever done as of now. The entire mood and emotions conveyed through their music make me speechless. So proud to have found them from a misclick on youtube <3 Favorite track: Celladoor.

Pete Roberson Soothing and disturbing simultaneously. The visuals described on this page are surreal, like a dream...or nightmare. Your music is so deep and well done. its directions seems to change as you evolve. keep creating. the musical world needs you.

THE KILIMANJARO DARKJAZZ ENSEMBLE are a project which has always been tied to films. Films are luxurious because they dispose of all these boring, unimportant, and trivial parts of our lives. This allows them to fully control our sensations, to put us in a very specific mood. Joy and sadness are occasionally OK, endless joy or endless sadness are clinical. But there is one sensation which can be persistent and unconditionally bearable at the same time. In the absence of a better alternative, let's call it "the mood". The mood is what TKDE are aiming at. The mood.

The mood is infinite and illimitable, but not uniform and unique. On "From The Stairwell", TKDE deliver eight new incarnations of the mood. Stairwells have always been intriguing. They appear to unavoidably lead you to your destination, but they only disclose the path bit by bit. What lies far ahead of you and far beyond you is hidden in the shadows. The stairwell could just as well be infinite. You climb up this murky stairwell, passing by many doors. Every door contains a variation of the mood, a short film, a song. You open the first one, "All Is One". The evaporating mist discloses a large and empty room with a barstool in the middle. On the barstool, a chanteuse from the roaring twenties. Her voice starts to trigger vibrations of the ground, the walls start spiralling around her, but she remains untouched in the eye of the storm. Second room, "Giallo". Sly guy, telling smile, nice suit. Walking down the streets in the dusk. The ambience starts to get out of phase, the guy stumbles in horror while blending with the surrounding to a brown soup. Fourth room. "Cocaine". Naked people with pig heads crawl on the floor, on the walls, on the ceiling. They try to hopelessly suck up the white dust which covers every single piece of this room and is constantly spit out by tubes coming out of the walls. Dissonant sounds accompany the work of this desperate hive. As the people manage to counteract the tubes, fragile melodies start to overpower the dissonances. Sixth room, "Cotard Delusion". Baby morphing into a black fluid morphing into an old man which turns his eyes inwards and finds his inside to be completely empty. The journey up the stairwell, down the stairwell, continues. The pictures fill your head and make you forget where you wanted to go in the first place.

"From The Stairwell" is a surprise and a logical step at the same time. It is a surprise because the songs are far less beat-driven in comparison to TKDE's earlier works, and even contain a few hopeful tints here and there. It is a logical step because in the end each song turns to have a very diverse dramaturgic flow. This could raise the conjecture that TKDE, initially started out to make music for existing and non-existing films, wanted to incorporate the audiovisual impression completely into songs, making the films superfluous. At times, "From The Stairwell" makes you think of 60's soundtracks, but the organic feeling of those is always interwoven with mechanical elements. Altogether, every single of the numerous details present in TKDE's new songs feels to be at the right place and you can either just dive into the mood or pick one of the many aspects and enjoy it on its own - be it Gideon Kiers' beats & fx, Jason Köhnen's bass & piano, Hilary Jeffery's trombone, Charlotte Cegarra's voice & piano, Eelco Bosman's guitar, Nina Hitz' cello, Sarah Anderson's violin, or - appearing as guest musicians - Eiríkur Óli Ólafsson's trumpet and Coen Kaldeway's saxophone & bass clarinet.